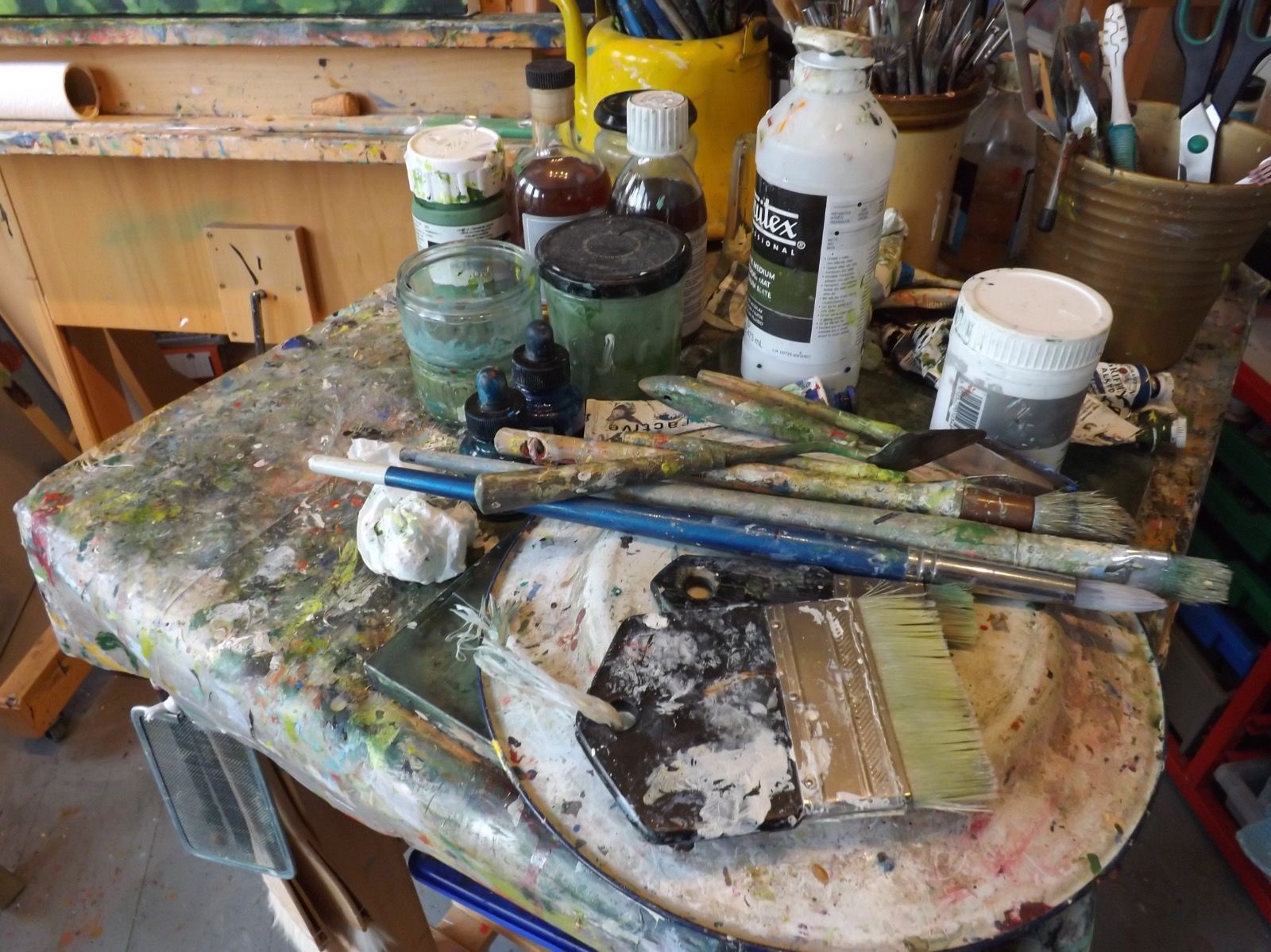 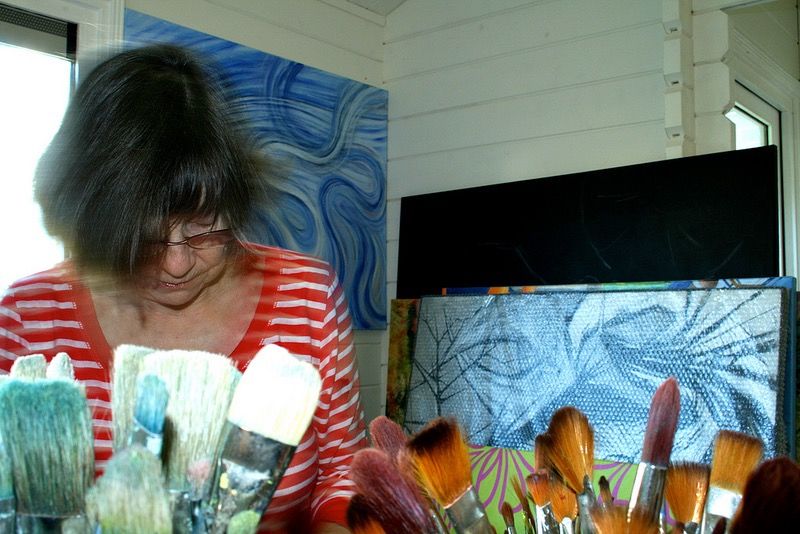 Rita attended Nottingham art school and Nottingham college of Art from 1953 to 1958. She also did three part time terms of printmaking at Southampton Art College.
After college Rita went to live in Northern Rhodesia, subsequently Zambia, where she worked first as as display artist at a local department store and then as artist to The Government Printer.
Whilst living in Zambia Rita was employed by the Government Information Services doing a wide variety of work including murals.

RESIDENCIES:
2013 Became Artist In Residence for Hotham Park in Bognor Regis and continues in that role.
2004/5 Four months at the Waiohiki Creative Arts Village, New Zealand.

Rita enjoys experimenting with pigments and is not afraid to try new techniques. She likes complex textures, wild places green things and abstract patterns. Rita is also deeeply concerned about the environment and climate change issues.